We had time for just one big hike while we were staying at the beautiful Porcupine Mountains Wilderness State Park in Michigan. We read up on hikes in the area and found helpful information on the Porcupine Mountains webpage. We decided that since Jack is so into waterfalls the best hike for us would be the Presque Isle Waterfalls hike, which includes not one, not two, but THREE waterfall viewing areas!

To get to the hike we were faced with a rather long drive! This park is huge (just under 60,000 acres) and we were camping at the opposite end of the park from the trailhead we wanted to start at. It’s a 25 mile drive (back into central time, yes you change time zones!) along an incredibly scenic stretch of road that takes you along the southern border of the park. The road is paved, well maintained, and curvy! There is a small ranger outpost as you approach the area where a day pass can be purchased. There is a primitive, tent-only campground with no flush toilets on this end of the park, Presque Isle Rustic Campground.

This park is well signed and we never had any issues finding or spotting trailheads or areas of interest along the way. We easily found our trailhead and parked in the large parking lot where privies were available.

We ended up making up our own route after studying the map of the park we were given upon entry. We find out and back hikes to be a bit tedious so if there’s any way to make a hike a loop, we do so! We opted to cross over the Presque Isle River utilizing the swinging bridge and hiked along the east side of the river along the North Country Trail and up to Boundary Road, that we had driven along earlier. A short road walk  back over the river to the west side and we picked the trail back up and walked along the more built-up main trail that had many boardwalks and viewing platforms. Our first time on a section of the North Country Trail!

The hike began through a forest and we could soon hear the roar of a river and a waterfall. A boardwalk with seemingly endless steps provided access to the scenic views of the river. We were along the northern border of the park and right on the shores of Lake Superior. It was a foggy morning and we enjoyed the mystique that surrounds this massive lake when it’s shrouded in mystery.

There’s a big lake out there somewhere…

The trail led us past bear tracks in the mud and onto incredible rock formations!

The trail along the eastern shores of the river is on the rugged side with some step inclines and declines. Jack was determined to walk by, “Myself!” as he would loudly proclaim when we would offer any sort of assistance. We stayed close and always had hands out ready to catch him as he frequently gets distracted and loses focus, thereby losing his footing. But, we couldn’t believe how well he did overall and we loved watching him gain confidence and strength as the hike got progressively harder. Making his way up one of the steeper sections of trail.

He did eventually get into, at first a charming habit that quickly deteriorated into a frustrating habit, of jumping over or off of every root along the trail. Seeing as this trail had a lot of roots in it, our progress was somewhat slowed as he giggled maniacally and was jumping all over the place. The next waterfall along the way was Manido Falls, unfortunately we could only see it from afar and couldn’t snag a good picture of it so you’ll just have to go there and see it for yourself!

We continued along the trail, never stopping for long because the mosquitos were definitely out and we were soon at the third and final falls of the trail, Nawadaha Falls. A fairly short falls but beautiful all the same. Somehow the roar and spray of a waterfall never loses it’s beauty and amazement in all of us. My cheeks are always a little sore after seeing a waterfall because of the smiles and looks of wonder that are plastered on my face. We continued a tad further along the trail until we reached Boundary Road. We took a right, walked across the bridge and found the east side trail easily as it was very well signed. Here is when we insisted Jack return to his pack so he could eat a snack and we could make tracks. We hadn’t packed lunches and wanted to be back at our campsite to eat.

Overall, this was a really fun and somewhat challenging hike. If you aren’t looking for a major adventure I would suggest sticking to the west side of the river and utilizing the boardwalks. Some of them were under construction but detours (again well signed and marked) navigate you around. I’ve said it before and I will definitely say it again, kids love having a hike culminate at a water feature of some sort and Jack was beyond pleased and happy throughout our morning on the trail. If you aren’t up for much walking at all there are parking areas and short walks to each waterfall viewing area separately. We can’t wait to return to this massive park and explore more of the trails therein. 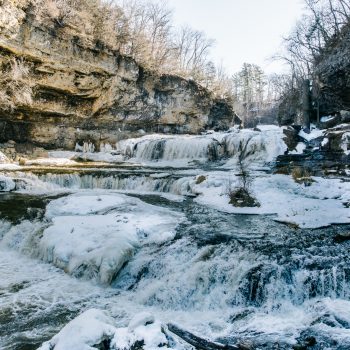 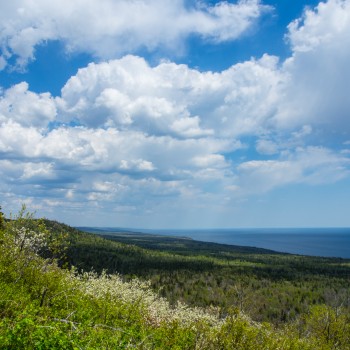 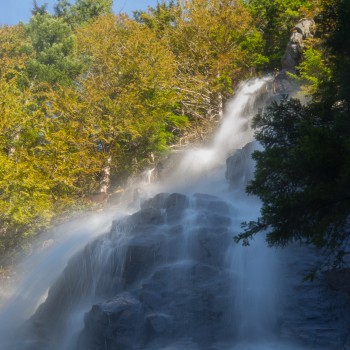 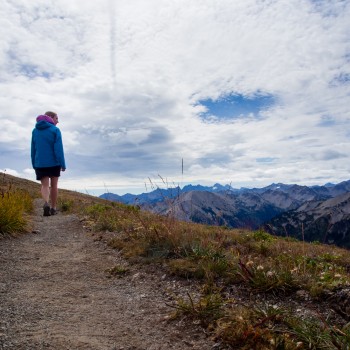