September is one of the most popular months to venture to Vantage for some of the best climbing in Washington. We set off on Saturday morning with our friends Paul and Marie and their Portuguese Water Dog, Beth. The car was crammed with climbing and camping gear, dogs, and people. Our Yakima Rocketbox had been given it’s place of honor atop the roof and was filled to capacity.

Vantage is a little bit more than a two hour drive from Seattle, but it’s easy to get to, just head east on 90! The eastern side of the Cascades is far different from the lush green landscape we enjoy year-round in Seattle. Desert conditions and plants are what you’ll find in the east. We had purchased two 7-gallon Reliance Aquatainers for this trip seeing as the camping spot had no water access.

When we arrived we found the camping area, which is comprised of scattered sites with makeshift campfire rings. Garbage litters the area. Concerts take place at the nearby Gorge Ampatheater and heavy usage at the campground during shows is evident. There is no bathroom in the area, not even a pit toilet and that is also obvious when you leave the trail. All in all it’s a little gross here. The Washington Climbers Coalition (WCC) are working to raise funds to have a permanent pit toilet installed in the area to decrease the human waste problem currently occurring in the area. There was no fee to camp there, though I must say that I would be happy to pay if it meant the area could be cleaned up a little. Our trusty Ford Explorer that hauled so much! The Feathers climbing area from our campsite

We set up camp and then geared up for some climbing on the Feathers. We trekked across the camping area on a small trail that led us to the nearby crag and we spent the day climbing in the heat. Bobby, looking for a good route to try A beautiful spot to climb!

Paul and Marie had agreed to take car of lunch and Paul set up a makeshift kitchen in the rocks at the base of the climb we were on. Lunch would be tortillas with beans and veggies. Realizing we had forgotten utensils at the car and, therefore, had nothing to stir the pot of heating veggies and beans, made us pause and consider hoofing it back to the car for a spoon. We decided it would be just as easy to find a good stirring rock nearby! It worked great! Luckily the climbing area was a lot cleaner than the camping area!

Hot, exhausted, and a little sunburned from our first day of climbing in the desert we headed back to camp. Bobby and I were in charge of dinner and we grilled steak over the fire and fried up some potatoes in our camping kitchen. We chatted until past dark, lounging on our thermarests until finally agreeing that sleeping sounded like a great idea. Other, younger climbers, were free soloing past dark on the feathers and we were worried our night may be interrupted by one of them falling and getting seriously injured. In the end it wasn’t the climbers that woke us but a scary storm. Being in the desert we hadn’t even considered the possibility of being rained on but alas we were. Although that wasn’t the worst of it. Lightning began striking with an intense brightness until finally it struck far too close to home. Paul began screaming, and thinking the worst, we called out to our friends tent. They were fine. His body was “tingling” but unscathed. The shock of the lightning had awoken him with a start. We hypothesize that he may have felt some of the charge of the lightning due to the fact that he was sleeping on a 3/4 length thermarest whereas the rest of us were completely off the ground with full length sleeping pads. After our initial shock and fear for our friends wellbeing, the giggles set in for Bobby and I. We felt bad, knowing that our friend was so shaken by a scary experience and we tried, unsuccessfully, to muffle our giggles.

The next morning dawned bright and hot. We ate breakfast and cleaned camp and headed for the sunshine wall on the other side of the camping area for some more climbing. The hike to the wall got a bit dodgy when we had to go through a narrow chimney in the rock that had a five foot drop at the end that we had to descend. For the people this wasn’t a big deal, for the dogs it was. Latigo was terrified and clung to my neck as Bobby and I tried to pass him down. Being almost 70 pounds and having long legs that easily stretch out and cling to the rock walls on either side of us made the process extremely difficult. We eventually got him safely down and made it to the climbing. He did not want to go down. Getting ready to belay the view from sunshine wall It was a hot hike to the wall The day was hot and sunny and we didn’t last that long on the wall in full sun. The dogs were hot, the rock was hot and the people were hot. We headed out and decided it would be fun to stop at the Columbia River for a swim before heading back to the city. We swam in the river and Latigo soon became interested in something near the waters edge and we heard one of the most terrifying sounds possible, a rattle. We screamed at Latigo to come back, and, being a good doggy, he did just that. He managed to find a rattlesnake but, thankfully, left the encounter unscathed. We found a trail near the waters edge and explored for awhile before heading to the car.

Overall this was an extremely eventful weekend with several scary moments but it all ended well! I am hopeful that the WCC is successful in their efforts to have a toilet installed in the area, this would really help keep the are clean. We had a fantastic weekend with good climbing and good friends! 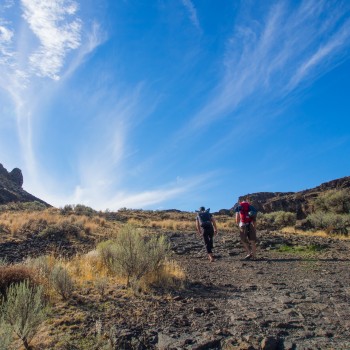 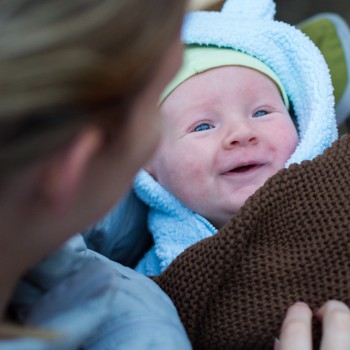 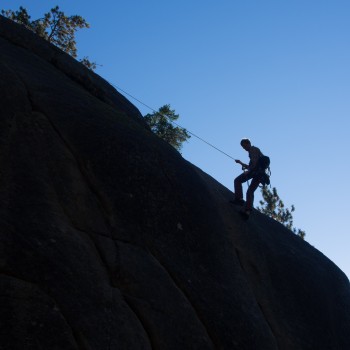